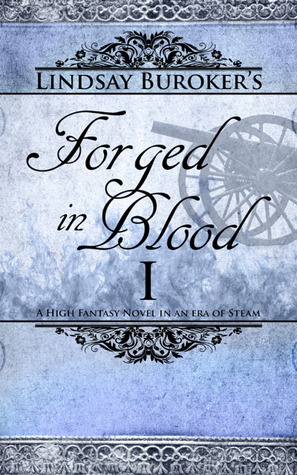 Description:  The emperor has been ousted from the throne, his bloodline in question, and war is descending on the capital. Forge, the nefarious business coalition that has been manipulating the political situation from the beginning, has the ultimate weapon at its disposal.

If it was difficult for a small team of outlaws–or, as Amaranthe has decided they should now be called, rebels–to make a difference before, it’s a monumental task now. If she’s to return idealistic young Sespian to the throne, earn the exoneration she’s sought for so long, and help her closest ally win the respect of the son who detests him, she’ll have to employ an unprecedented new scheme…preferably without destroying the city–or herself–in the process.

Review:  Soooo. This one took me much longer to get into than the last 5. It may well be because it didn’t have the impetus of reading them back to back to back. Therefore, I had to pick up and get back into the characters and the ongoing story. I considered re-reading the first 5 before picking this one up – and I even intended to do so. However, I have had such a reading ‘tude going on that I was just not of a mind to re-read anything.

Even though it took me a bit, I did enjoy this one. We get a bit more a feel for Sicarius and who and what he is. I didn’t think I would, but I really enjoyed getting into his brain. Much less of the sillyness that is Maldynado – and I think I missed that a bit. For most of the book, two teams are split up trying to accomplish different goals toward the same end – and I missed their camaraderie.

I don’t know that I am a fan of the typical fantasy plot set-up – slow going at the beginning, build up to discover what is happening toward the middle – until we get to the big, really climactic finish. I mean, most of the stories these days are told in series, and when each book follows the same model, it makes it hard for me to enjoy. I have already had the slow build up – I read the first book. I deserve some action now, doggone it! I shouldn’t have to wait until the end. And, oh yea, when I *do* get to the end, it really isn’t the end – but a darn cliffhanger which means to get to the end of the darn story I am going to have to wade through the beginning of yet another book. (Um, in case you, dear reader, cannot tell, I really don’t care for the slow beginnings.)

Which brings me to the end. Lindsay did not lead us astray here – she warned us of the cliffhanger at the end of book 6. This would be why I did not pick up this one until the next was out. Here is the problem. I was hooked – hook, line and sinker – right up to the last sentence. The VERY LAST SENTENCE. It made me mad. The cliffhanger actually made me mad. I don’t like it. I don’t like where the story must go from here. I don’t think I want to travel that path.

In truth. I bought the next book. I read the epilogue. (So, shoot me. I wanted to know where the story went – though I was fairly certain I knew.) I still don’t know if I will read that book in its entirety. I am still angered by the plot device caused by the cliffhanger.

That single paragraph – on which the book ends – took the book down to 3 stars from 4. Sorry. But, there is the truth of it.