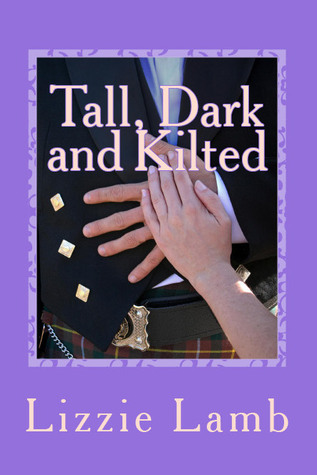 Description:  Notting Hill Meets Monarch of the Glen . . . Fliss Bagshawe longs for a passport out of Pimlico where she works as a holistic therapist. After attending a party in Notting Hill she loses her job and with it her dream of one day being her own boss. When she’s offered the chance to take over a failing therapy centre, she grabs it with both hands. But there’s a catch – the centre lies five hundred miles away – in Wester Ross, Scotland. Fliss’s romantic view of the highlands populated by hunky Men in Kilts is soon shattered when she has an up close and very personal encounter with the Laird of Kinloch Mara, Ruairi Urquhart. He’s determined to pull the plug on the business, bring his eccentric family to heel and eject undesirables from his estate – starting with Fliss. Faced with the dole queue once more, Fliss resolves to make sexy, infuriating Ruairi revise his unflattering opinion of her, turn the therapy centre around and sort out the dysfunctional Urquhart family. Will Fliss tame the Monarch of the Glen and find the happiness she deserves? Read Tall, Dark and Kilted to find out…

Review: While I enjoyed this book overall, it also frustrated me a little at times.

Fliss Bagshawe is a holistic beauty therapist scraping together a living in London. One of her customers, Isla Urquhart, approaches her about running a therapy centre up in the Highlands of Scotland for her mother, which would be a step up to better things for Fliss. However, the plans might be in danger from Isla’s half-brother Ruairi, the laird of their ancestral estate, who is a difficult man by all accounts, and who may not be willing to support the often fleeting fancies of Isla’s mother.

Let’s start with the good bits. I loved the Highland setting, which makes a nice change from the city-living protagonists you usually tend to get. The descriptions of the Highland landscape are wonderfully evocative, and they made me want to go back there, since it’s far too long since I visited that gorgeous part of the world. I also liked the inclusion of Gaelic and various Scottish traditions, and it is clear that the author did her homework on this. I’m not entirely sure that Gaelic is still really spoken even in the Highlands (I thought the last remnants lived on in the Outer Hebrides, but maybe there’s been a recent resurgence), but it certainly adds flavour to both the novel and our hero.

Within that setting, the book is very contemporary. The pop-culture references fly by hard and fast, and while I haven’t necessarily seen or read everything mentioned, I have at least heard of it, which is all good.

I like the names. Ruairi is a good, Scottish name, and Fliss is unusual without being ridiculous. I find names very important, and it’s nice to see a good middle road between ordinary and overly extraordinary.

That said, there were bits that niggled, such as the reference throughout to Ruairi’s sisters as his stepsisters. I double-checked, and they were born to his father’s second wife, which makes them his half-sisters, not his stepsisters. It may be a little thing, but it niggled at me. Also, the eldest of these sisters, Isla, is a nasty piece of work. That’s fine, antagonistic characters are needed, but Fliss seems to constantly make excuses for her, or be nice to her, when Isla gives her no reason whatsoever to do so. Fliss covers for her on one occasion because that’s what you do for a mate, but I didn’t understand why she would consider Isla a mate. A ticket to something better, yes, but Isla would have worn my patience thin long before Fliss even starts thinking about it, and every nice thing Fliss does for Isla is repaid with more bitchery and backstabbing. Maybe that just makes Fliss a nicer person than me, but even her thoughts didn’t really judge Isla the way she deserved.

There were a few other bits, but they didn’t detract from the story. This was a light, fluffy read which neither blew me away nor annoyed me into putting it down.

One thought on “Tall, Dark and Kilted ~ Lizzie Lamb”